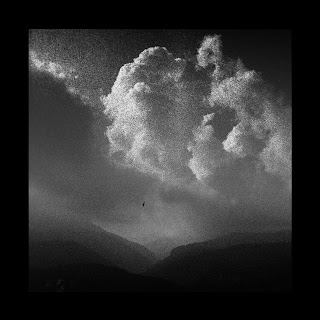 Finally coming back to form, Turkish ambient black metallers Yayla are joining the continued and expanding ranks of work from mastermind Emir Toğrul as he continues to explore the psychotic madness with yet another one of his solo efforts. Abandoning the approach of the bands’ original works with the five-year layoff, the bands’ return effort and fifth overall was originally released February 5, 2017 on Merdümgiriz Records.

Much like with the vast majority of the bands’ previous efforts, the overwhelming sense of this one is still right up-front with the overbearing ambient elements. Fueled by the dark, desolate guitars droning on endlessly throughout the soundscape here alongside the rampaging drum-work that’s utterly nightmarish, there’s such a strong and overall impactful amount of churning tremolo rhythms to drive this one along rather nicely. This atmospheric black metal-laced background is complimented nicely by the ever-present synths that adds a further dimension to the work throughout here, generating the kind of atmospheric evocations of madness typified by the droning riff-work as well as providing the melodic outlines for the stylish interludes that break up the aural assault featured elsewhere. It’s a strong and dynamic approach that results in finely-crafted, unrelenting assaults of melodic turmoil and madness with outbursts of furious black metal energies, and that serves this one well for the most part while pointing out one minor aspect of this that is a minor drawback. The album’s insistence on providing as many interludes as it does here is enough to interrupt the flow of the album’s descent into madness that was so engaging and coordinated that it feels somewhat like another band broke into the recording and placed them there as they’re stylistically out-of-place with the slower relaxing moods in place of the charging aggression and ambient workouts that were so proficient. Still, that’s not nearly enough to worry too much about this one.

Managing to work out quite a solid and impressive series of elements together with plenty of enjoyable features, this is an extremely strong and dynamic offering that continues to offer up Emir as one of the finest musicians in extreme metal and makes this a worthwhile offering for any fan of his other acts, the genre as a whole or the band’s past efforts.

Does it sound good? Order it from here:
https://yayla.bandcamp.com/album/pas-to-rale
Posted by slayrrr666 at 1:31 PM