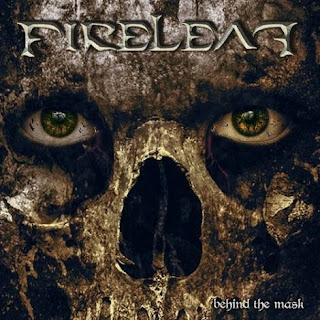 The debut from German power metallers Fireleaf features an impressive roster leading their brand of fiery German-tinged power metal to the fullest. As with most of these German power metal acts, there’s a strong heavy-metal base on display here that wraps itself through most of the work here. Strong, powerful and simplistic riffing based on thudding chug-patterns which make for a solid base here to extend outward for a healthy sprinkling of power metal melodies into the fray while also providing this with plenty of steady influence throughout the album. Though this tends to come off nicely enough for most of the album, there’s the fact that most of the album seems to be stuck in tempos and paces that don’t show off that kind of work as often as it should. This is the main element that really keeps this one from where it should be as it’s quite slow-going far more often than not, keeping this one feeling sluggish and chugging-based rather than really letting the speed get shown off. It’s not surprising that the faster tracks showing off their style are the album’s best efforts, so when it strays to the slower tempos there’s a noticeable shift in quality.

The first half here is a solid way to get this going. Opener ‘Bloody Tears’ storms out with a tight, pounding series of rhythms with heavy, mid-tempo chugging riff-work and steady, powerful drumming thumping along to the steady riffing and heavy rhythms plodding along to the sterling melodic melodies flowing throughout the finale for a strong opener. ‘Monsterman’ features heavy chugging and stuttering riff-work through a series of plodding, thudding rhythms throughout a steady, straightforward pace with lifeless riffing into the lively and fiery solo section that carries on through the final half for a mostly dull effort with scattered enjoyable spots within. ‘Faceless’ takes a steady, chugging-heavy approach as the melodic strikes continue on through a simplistic, straightforward pace with sluggish riffing full of chugging riff-work augmented by the sterling melodies flowing throughout the solo section and on through the finale for a slightly-better and more enjoyable effort. The ballad ‘Forgiven’ features a light, romantic piano melody and soft thumping rhythms throughout swirling throughout the grandiose melodies alongside the lightly-paced rhythms throughout leading into the romantic final half for a pleasing variation of the style. ‘Death Throes’ brings lively melodic riffing and pounding rhythms with an energetic up-tempo pace full of swirling speed-metal runs alongside the mid-tempo crunch that weaves through the fiery solo section and carries through the pounding and engaging finale for a solid highlight effort.

The second half has a little more to go on but features enough to like. ‘The Quest’ features a steady building intro with fine melodic flurries and simplistic drumming featuring straightforward riffing and thudding chugging riff-work throughout the simplistic pace that leads through the solo section and on through the final half for a solid-but-thoroughly bland effort overall. ‘Isolation’ uses a fiery mid-tempo melody and plenty of tight speed-metal rhythms offering a heavy base with the tight rhythms full of simplistic drumming alongside the heavy churning riffing throughout the stellar solo section on through the finale for a highly enjoyable highlight. ‘Tales of Terror’ uses a thumping series of swirling riff-work around a mid-tempo pace with plenty of chugging patterns alongside the full series of melodic flurries alongside the tight patterns through the solo section and continuing on through the final half for another strong effort. ‘King of Madness’ features a tight, plodding mid-tempo chug with simplistic rhythms throughout the sluggish pace as the dynamic solo section kicks up the energy that continues on with the tight swirling chug riff-work through the finale for a decent-if-unappealing effort. Lastly, the epic closing title track features a spoken-word intro before turning into a solid mid-tempo chug with lively heavy rhythms and pounding drumming keeping the steady pace continuing on through the series of sprawling sections with the fine series of fiery rhythms through the solo section and on into the final half for an enjoyable lasting impression.

Considering the star-power behind this one, it might be considered somewhat of a disappointment as it’s a little sluggish and slow-going, but when it lets loose there’s a lot to like here in terms of the great melodies and riff-work featured here which easily makes this a solid choice for traditional German power metal or Euro-flavored heavy metal in general.