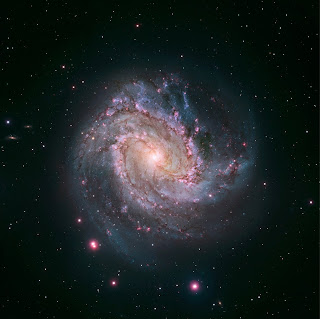 The new EP from Australian atmospheric black metallers Mesarthim features the band exploring and utilizing their brand of celestial-influenced black metal at it’s brightest, if not the best. As to be expected, the music here is straightforward and simplistic black metal with the expected swirling tremolo patterns and hard-hitting blasting drum-work that makes for a truly enjoyable base setup for the inclusion of cosmic, celestial-inspired influences to come through in the guitar rhythms and intense keyboard work. That also drops off nicely into a sort of disco-inspired trance arrangements that further cements the strong astral connection alongside the riffing patterns that make for a more complete experience. That trance element, though, seems to be the one lone flaw here as it really holds up the effort here since it introduces such a choppy and stilted rhythm into the rest of the arrangements and creates a startlingly lower black metal aesthetic surrounding the music and lowers this one significantly due to that. Since the tracks are so long anyway it creates a series of extended rough patches which don’t tell that much black metal significance to the music, and it’s something to get over with this one.

As a whole the music here isn’t bad and has some solid moments. The opening title track slowly works from a simplistic swirling tremolo riff with plenty of celestial atmospheric keys as the sluggish rhythms and lethargic patterns continue on through the deep droning arrangements with the occasional burst of extended celestial melodies in the riff-work and keyboards that wind on through the finale for a solid and highly enjoyable opener.‘Orbiting’ features stylish mid-tempo trance-styled keyboard rhythms with static start/stop stuttering riff-work against the churning patterns and straightforward, simplistic pace continuing throughout as the trance elements spark the mid-tempo charge into the final half for a mostly bland and uneventful effort without a whole lot of real black metal elements throughout. ‘11’ uses a series of churning trance-styled keyboard melodies over plodding celestial rhythms and pounding drumming that continues alongside the squealing keyboards in simple, plodding patterns and a rather pronounced drop-off of celestial riffing in favor of trance-like keyboard bursts continue on throughout the finale for a somewhat decent if not entirely engaging effort. Lastly, the instrumental ‘Constellation’ uses a stylish synthesized celestial pattern throughout the light spacey tremolo riff-work and simplistic pacing that captures the feeling of cosmic tranquility for an effective and enjoyable lasting impression.

Though it does concern itself somewhat too heavily with outside black metal influences, the effect and execution of the material here is fun and wholly dynamic enough to overcome those issues and really make for a truly captivating listen for faof the style in particular for the other influences won’t win over die-hards of other styles.


Does it sound good? Order it from here:
http://mesarthim.bandcamp.com/album/pillars-e-p
Posted by slayrrr666 at 1:00 PM