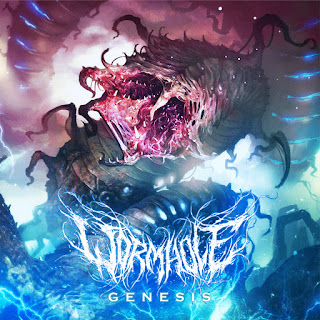 Forged just in 2015, multinational brutal death metallers Wormhole have gathered an impressive roster of scene veterans together into a wholly technical, blistering compilation of all things brutal and heavy for one impressive and pummeling offering. Wasting no time unleashing their twisting, turning brand of attack, the group unleashes its full-length debut November 30, 2016 on Lacerated Enemy Records.

Given the stellar musicianship behind this one, it’s little surprise that this one manages to come across as brutal and pummeling as it does. It’s effortless how this can switch up from offering frenzied razor-wire churning riff-work filled with utterly dynamic, twisting technical patterns that are just as strong in concept as they are in execution when they’re bathed in these complex, challenging patterns that dominate the album. Coupled together with a more traditional series of churning riffing patterns as well as melodic accents alongside that stellar mixture of swirling technicality and a generous helping of ferocious slams within here, this one comes across with a more fully-formed and impressive mixture of brutal and technical elements than expected for a debut offering. Bringing out the mechanical technicality with the swarm of slams throughout this one makes for a thunderous, brutal offering which manages to work wonders for the atmosphere of this one, yet that also brings up the album’s one main detriment in that this one does manage to sound so clean and thunderous that it really loses a lot of its individuality in what’s going on in the album. There’s so much blasting and twisting, turning technical slamming featured here that it all comes off as rather routine and one-dimensional which really does hold this one down. Otherwise, there’s not much to dislike this one.

With some rather enjoyable elements throughout here and some minor flaws that strike this one down, this one is a rather nice and enjoyable debut effort that works nicely enough for fans of the members’ acts involved in this project or fans of the vicious, mechanical-sounding brutal death metal sound.


Does it sound good? Order it from here:
https://laceratedenemyrecords.bandcamp.com/album/wormhole-genesis
Posted by slayrrr666 at 12:04 PM