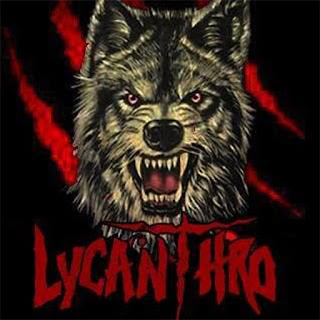 Bringing their classic influences to the front, Canadian heavy metallers Lycanthro have come together to forge one of the most appealing and intriguing love-letters to the classic metal sound of the 80s with a strong, classy-sounding release. Coming together to usher their debut EP, the group releases this first glimpse of their sound with this self-released effort January 8, 2017.

Coming straight out of the 80s, the groups’ obvious and burgeoning love-letter to the old-school style of metal becomes quite apparent from the start. Firing off tight, explosive lead rhythms full of galloping tempos and brimming with up-tempo melodies, there’s such an entertaining display of old-school rhythms on display here. With the majority of these tracks allowing the riffing to feature stellar marching gallops or tight, furious speed metal-style picking, it allows this to really cement their old-school leanings once the group begins exploring a fine mid-tempo chug that develops an interesting bridge between the grand speed metal stylings and the different traditional metal gallops that all works together into a grand and glorious old-school homage. The fact that there are only a few tracks here does come up as a minor problem as it’s just getting interesting when it really just ends and there’s the feeling that you could’ve wanted more quite easily. Likewise, there’s the raw and pretty obvious low-budget feel to the recording that might rub some the wrong way as that does limit some of the old-school influences in the fuzz from the recordings, but that doesn’t pose as big an issue as the overall brevity.

While not as big or grand as it should be due to the obvious limitations of the budgeting constraints involved here, there’s still plenty to like here in terms of old-school style power/traditional heavy metal on display for fans of this particular style to pay attention to in the future.


Does it sound good? Order it from here:
https://lycanthro.bandcamp.com/releases
Posted by slayrrr666 at 12:15 PM