Of the Sun - Before a Human Path EP 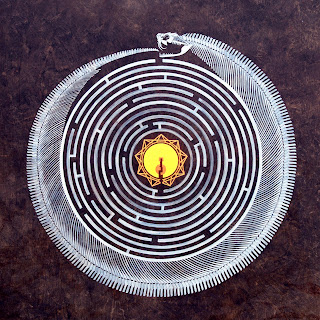 Continuing to expand their brand, Texas-based modern metallers Of the Sun have sought out to refine and hone their self-described southern progressive metal tag that has allowed them to expand their standings in the local scene with more live dates and releases. Now fully cementing their touch, the three-piece prepares their self-released sophomore EP on April 14, 2017.

Offering their trademark style to the fullest, the album comes across as the truest culmination of their self-imposed genre tag with this offering. The main juxtaposition of the album is the progressive label, offering up a strong series of complex, technical riffing that offers plenty to like here, from sweeping atmospheric patterns to challenging math/metal styles and even featuring crushing grooves to offset these prominent elements. Likewise, the fact that these usually accompany that twangy style of Southern-tinged groove metal, the overall combination of influences is incredibly well-detailed and busy as the tracks usually offer varied exposure to each element. Due to the hefty track times for these few tracks, the ability to sweep it all together into these lengthy sojourns offers this one plenty of time to feature these varied elements as the thick grooves and airy post-metal breakdowns are featured prominently even though that, in the end, is the albums’ main weakness. The fact that this one is so busy and scattershot with its approach, containing so many varied and seemingly disparate elements into each and every track not only makes this one seem far longer than it really is but also too sonically varied to be really enjoyable as nothing is really cohesively conjoined all that well. This gives the feeling of being overlong for the sake of being able to cram all these influences together, and this could really use some shortening. Otherwise, there’s still some enjoyable elements here.

While it does have some problems with all the different elements present in this one being thrown together into a haphazard blender, there’s still some solid, likable moments here with their obvious technical skills and valid genre mash-ups that this one serves as a solid if unessential release for fans of modern metal in general.


Does it sound good? Order it from here:
https://noiseofthesun.bandcamp.com/album/before-a-human-path
Posted by slayrrr666 at 11:06 AM