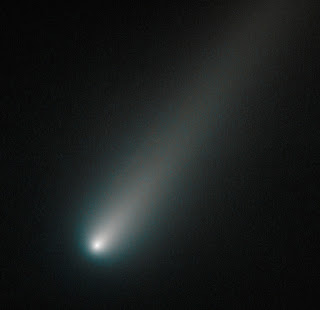 Adding to their impressive catalog, Australian atmospheric black metallers Mesarthim have gained immeasurably during the year as there’s plenty of advanced work to be found on their releases as they continue to explore the celestial bounds of the cosmos. Being the duo’s third overall release of work in the calendar year, their second full-length overall was originally self-released August 28, 2016 before a reissue October 25, 2016 on Avantgarde Music.


The main element that’s featured here is the fact that, this one manages to continue on the bands’ tradition of incorporating plenty of strong cosmic stylings into their attack. Once again built around the swirling tremolo riffing that’s synonymous with this particular style, replete with simplistic patterns and overly bombastic drumming that pounds away plenty of power for the style which really strongly keeps this one rooted in the atmospheric black metal realm. When this one introduces the celestial vibes here in the stark, sprawling rhythms and sonically-induced keyboards, there’s plenty of fine work to be had here with this one really generating the kind of atmospheric arrangements that perfectly accompany deep space such as this one attempts which is quite nicely integrated throughout the whole album and never really lets up. That does come back to bite this one slightly, though, in that the album does come off as so one-dimensional with it’s simplistic riff-work and celestial rhythms that it’s almost too predictable and doesn’t really offer the kind of surprises in the overall patterns to readily surprise much throughout this. Still, this is of such insignificance that there’s much more to like overall here with this attack that it does overcome many of the problems usually associated with this style.


While it’s not all that impressive in terms of variances or a dynamic attack, there’s much more to like here in terms of the bands’ well-worn celestial influences and their power at generating it that it manages to overcome this factor well enough to be readily appropriate for fans of their previous work or celestial black metal in general.

Does it sound good? Order it from here:
https://mesarthim.bandcamp.com/album/-
Posted by slayrrr666 at 8:55 AM