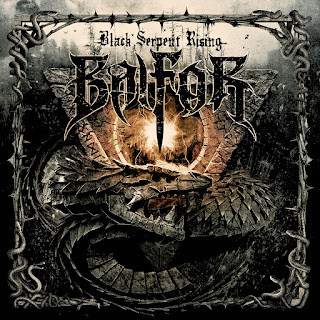 Never dwelling on their past achievements, Ukrainian melodic black/death metal horde Balfor have certainly taken their time to craft their barbaric black metal assault with the band fine-tuning their approach and style through years of extensive touring and live performances. Now, after a six-year gap between records, the group finally unleashes their third full-length effort released January 15, 2017 on Drakkar Productions.

Taking the cue from their past, the band explodes out with plenty of traditional elements in place to showcase their charging sound in grand fashion. Firmly lodged in swirling tremolo riff-work and explosive melodic leads throughout, the album contains all the brimstone-soaked intensity favored in their blistering approach as the warm, rich accents throughout here create quite the fevered tempos. When this turns around into the more slowed-down, sprawling sections that integrate folk sections and epic-styled rhythms into the flow of the music, generating compelling melodic rhythms through the blackened riff-work as well as these more relaxed areas featured together with the bombastic keyboards and choir sections. For the most part, this approach is given equal time and devotion on the album which makes for quite a striking and highly effective approach that’s quite an exciting and varied effort here as the continually shifting tones and tempos offers up some striking work at times. Despite all the goodwill established by this setup, there’s one small detrimental factor weighing this done in that there’s very surprises in store for the record the deeper it goes, weighing in on the same set-ups and arrangements without really changing them up all too often which really cuts back on the dramatic qualities simply utilizing the same general riffs and approaches. It lowers this just slightly enough even though there’s still a lot to like here.

With plenty of highly enjoyable and worthwhile elements within this one and only a minor flaw that’s not really detrimental, this is yet another strong effort in their catalog that offers up plenty to like for fans of melodic black/death metal or those who are into this style of extreme metal.

Does it sound good? Order it from here:
https://balfor.bandcamp.com/album/black-serpent-rising
Posted by slayrrr666 at 12:08 PM