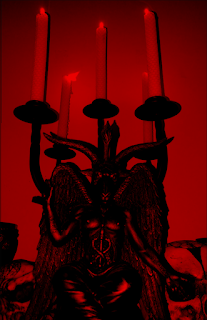 Heading off in a blaze of glory, US black/noise project Swine Soul have once again offered up quite a thrilling and explosive offering of their final release which continues to explore the anger and despair that has long been held in high quantities for their career. Now attempting another effort with the same outpouring of anger and disgust, this new EP release for the group was originally self-released November 26, 2016 before a re-release December 3 on Merdümgiriz.

Churning out the sickness, the group continues to utilize the rather tortured and anguished soundscape at their disposal to create their aural cries. The main impetus of that comes from the sweeping, droning riff-work which is a chaotic mixture of blistering tremolo riffing and utterly pummeling rhythms bursting at the seams as the whole affair is topped off with feverish, nightmare-inducing vocals that drive this one forward at a generally intense pace. This intensity is further boosted with sampled feedback and screeches which creates a dense industrial-style collage of noise which appears at selected intervals to or even full-on tracks as a whole, creating a disjointed and maddening effort that’s also increasingly inconsistent and chaotic. As it slogs through this type of frantic and chaotic sections without any rhyme or reason to further the musical narrative, the music ends up simply being raw, incoherent screeching noise augmented slightly by fits and spurts of classic black metal riff-work without really generating the kind of elements typically associated with the genre. In the end, it leaves this one with only a few select moments of enjoyment beyond the need for creating the sonic madness.

The fact that this is a solid representation of the style’s usual output doesn’t really make enough headway here with this one as the fact that the vast majority of the music comes off with the noise-factor leaves this one simply for those fans while others who aren’t should heed extreme caution.

Does it sound good? Order it from here:
http://www.merdumgiriz.org/BNP.html
Posted by slayrrr666 at 10:04 AM