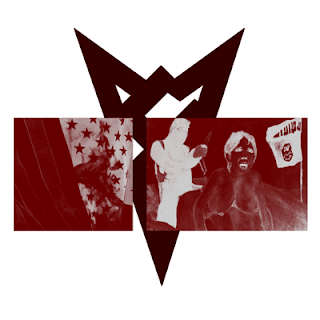 Jumping headlong into controversy, Turkish experimental black metallers Viranesir have taken more than a fair share of attempted censorship in their quest to break down the barriers of artistic expression and freedom by willfully inviting any act or topic into their influences. The second full solo album by the band after Emir Toğrul became the sole member, the projects’ tenth full-length effort was originally released January 5, 2017 on the band-owned Merdümgiriz label.

Due to the willingness to involve a slew of influences into the mix, the album is a chaotic and certainly jarring mixture of extreme metal that ranges through a wide mix of elements. Though based mainly in the realm of chaotic black metal, resulting in a solid backbone of frenetic tremolo riffing firing off utterly blistering blasts of chaotic noise against relentless walls of distortion and vehement, violent vocals that forms a solid part of the majority of the album. Suitably plotting alongside the ravenous work is absolutely maddening ambient-tinged keyboards and synths that add a dissonant, haunting atmosphere to the savagery and relentless energy elsewhere throughout the album and making for quite a striking opposition. This approach enables for a truly overwhelming attack that consistently maneuvers from shattering black metal to haunting synths that add a truly nightmarish vibe to the album as a whole. If the album has a failing at all, it’s the utterly low-budget recording as the production never allows the material to generate its full impact as the haze-riddled guitars and triggered drumming is all swept into a nearly-indecipherable blur of noise that really does a disservice to the music as the ripping riff-work and constant tempo-shifts just wash themselves out. This isn’t a detrimental factor, though, and can certainly help this out just as easily as strike it down.

Another top-notch highlight from one of the scenes’ most impressive figures, this continues Toğrul’s run of consistent, high-quality releases in the field and certainly makes for a highly enjoyable and worthwhile effort to look into for fans of his previous works or any adventurous extreme metal aficionado looking for something else beyond the norm.


Does it sound good? Order it from here:
http://www.merdumgiriz.org/Supports.html
Posted by slayrrr666 at 10:25 AM