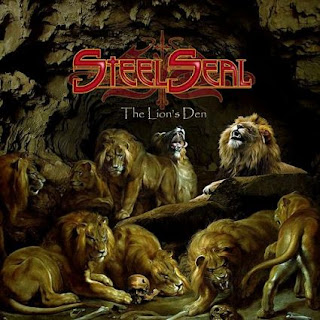 One of the finest groups in the genre, Italian neoclassical power metallers Steel Seal have endured plenty of turmoil within their ranks since the group initially formed nearly a decade ago and has finally curbed itself into one of the top bands in the style. Now finally returning after a seven-year gap between releases, the groups’ third full-length effort was initially released March 27, 2017 on Underground Symphony.

For the most part, this here is yet another stellar offering in the bands’ chosen style of boundless neoclassical melodies being infused with power metal rhythms. This one generates a rather impressive atmosphere from the barreling riff-work that features a steady, composed mid-tempo charge that works incredibly well, allowing for the band to switch tempos rather well. Being able to work in plenty of high-energy, speed-drenched thrash numbers as well as classy mid-tempo marches is a fine dose of variety with the fine amount of speedsters making for a stellar offering throughout here which brings out the shimmering neoclassical melodies to counterbalance the fury. However, it's when the album drops into the mid-tempo range where this one really hits it’s stride, dropping the stellar speed-metal riffing and letting the melodic flurries come to the forefront in earnest. Fueled by the stellar mid-tempo energy of the rhythms, those melodies are taken to the more impressive lead in the tracks where the far more intricate playing during these sections brings up the albums’ stance really nicely here. Combining these into a rather fun whole alongside the stellar vocals it generates the requisite connection to this style, even though it does highlight the overly-obvious minor flaw here in the album losing steam and energy in the second half where it really could’ve utilized some more fire to liven up the back-half of the album. Otherwise, this one has a lot to like about it.

Although it’s quite enjoyable for the most part, there’s a little bit of a lowered energy throughout here with the second half dropping in quality only slight enough to detract from the positives which make this one rather appealing for fans of neoclassical power metal or melodic metal in general.