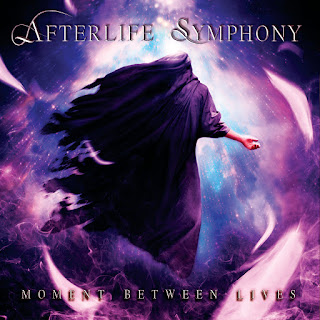 Finally making their mark on the genre, Italian symphonic metallers Afterlife Symphony added the last segment to the name yet still keeping their blend of orchestral grandiosity with the strong sense of progressive riffing which strikes as quite the impressive overall attack. With the re-branded group finally prepared to unleash their pleasing sound, the groups’ second full-length album was released September 9, 2016 on Revalve Records.

Even with the name change, it’s still quite obvious the band has still kept up their glorious sound in full force throughout here which really goes for the grandiose and the symphonic throughout this one. The riffing in particular keeps itself aligned mostly in the mid-tempo chugging realm while still being draped in harmonious melodies and mesmerizing symphonic rhythms throughout here which makes for a much lighter and immersive experience here by bringing in plenty of the orchestral elements not to add bombastic grandiosity but more of an operatic approach here which goes hand-in-hand with those chugging mid-tempo rhythms in the riffing. This offers up the kind of challenging, swirling rhythm-work throughout here that gives it a progressive tinge to the music while still offering up that lighter atmosphere to give this the kind of near-Gothic approach that mixes in the warmer melodies rather than enhanced speed, leaving this one quite dramatic and emotional which goes so well with the professional arrangements and the gorgeous female vocals. Indeed, the fact that this one is at it’s fastest in the mid-tempo realm might be seen as a detriment to some by keeping this one solely devoid of the main element in favor of it’s appeal here with the gregarious power and over-the-top grandiosity, as the heavily emotional feel derived from the rhythms here aren’t that typical style and highlights this factor somewhat throughout here. Still, that’s clearly not the main aim here and there’s quite a lot to really like here.

Offering up plenty of enjoyable elements here even though the album’s main focus on going for the mid-tempo style leaves this one feeling quite sluggish at times if the focus is clearly kept away from their assumed intentions which makes this one quite enjoyable for fans of Gothic-tinged power metal or emotional symphonic metal in general.

Does it sound good? Order it from here:
http://revalverecords.bigcartel.com/product/afterlife-symphony-moment-between-lives-preorder-start-29-08-2016
Posted by slayrrr666 at 10:34 AM