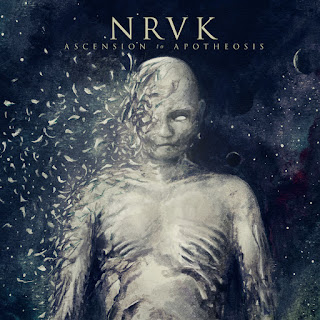 Continuing to offer a fine account of their style, German black metallers Narvik have taken the clear and refined focus of their previous releases and are embracing their darkened melodies and disharmonic vision into a tighter and clearer whole than ever before. Joined by bassist Nox and rhythm guitarist Agreas for their first recorded output with the group, their second full-length effort was released May 27, 2016 on Folter Records.

Embracing their core sound to the fullest, this here is quite the impressive variation on their particular attack with this one focusing on their traditional sound. This one mostly goes for that familiar second-wave inspiration in jangly tremolo riffing and plenty of cold, freezing riffing that makes for a rather impressive attack here with the band going for that cold Scandinavian-inspired feel while generating the kind of melodic tangents in the slower tempos to generate the kind of steady attack throughout here which is built on that swirling series of riffing patterns. When this one goes for a more mid-tempo assault, this really results in plenty of charging and wholly frantic series of rhythms accompanied by the fine introduction of melodic accents which becomes all the more apparent against the chaotic blasts featured elsewhere throughout here. It readily follows the school of attack throughout this from numerous other second-wave-worshiping acts to such a degree that it becomes a strength in how powerful and professional it is in this variation while also displaying the one lone downfall in how clearly it demonstrates this fact to such a wholly unyielding degree of worship as to make its own output nearly unimportant by comparison. It’s so close in fact that it really undoes itself somewhat even if that’s only slightly compared to the utter savageness of the attack here which does manage to overcome a lot of the familiarity found here.

Though this here is a mostly enjoyable and engaging slice of traditionally-flavored black metal, the fact that it’s so close in design and spirit to those acts limits it enough for this to really be knocked down only enough to have a real appeal to fans of the bands’ previous works or the most devout and hardcore old-school fanatic.