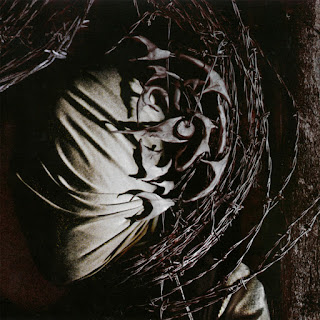 Having returned from their hiatus, Dutch melodic death metallers Detonation have put their self-imposed break to use with a continuation of their tried and true style of melodic death and thrash metal accents together into a solid whole. Following a four-year gap between releases, the group originally releases their fourth full-length independently April 2, 2011 before a reissue September 16, 2016 on Vic Records.

For the most part here this one is a rather dynamic and impressive offering of their style which is still quite prominent even after the layoff. Dwelling in plenty of ravenous swirling riff-work and charging patterns that add a nice quality of energetic material to the proceedings, there’s a melodic bent to these rhythms by placing a series of lighter rhythms to the main patterns here. Dragging plenty of choppy thrash-style riffing along the way and using that to augment the rather prominent melodic dirges, there’s a solid energy present here which is all balanced out by the rather strong mid-tempo plodding paces featured here which manage to generate the kind of solid, workable features needed to accent the melodic firepower to it’s greatest degree by keeping the atmosphere at a consistent tone to be able to introduce it’s melodic accents at finely-chosen levels. This does result in the album feeling way too simplistic and one-dimensional at times, negating a lot of these positives in order to keep this one at a rather constant placing so that it can keep the melodic accents firmly in tune with the rest of the album’s rumbling rhythms. Likewise, there’s a lot of rather rudimentary riffing and simplistic patterns that are prominent in the first half here which are thankfully improved upon in the later half which are much more enjoyable overall with a better sense of dynamics, and these here hold this one back somewhat.

Though there’s a lot to really like overall here, there’s a couple of minor problematic issues which are found throughout this one which does lower this one enough here which causes this to come off mostly for the most devout proponent of melodic death metal or fans of the bands’ previous work as well.

Does it sound good? Order it from here:
http://vicrecords.com/shop/index.php?id_product=84&controller=product
Posted by slayrrr666 at 11:28 AM