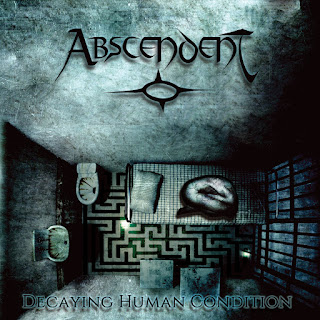 Formed in 2013, Italian thrash/death metallers Abscendent have steadily honed their craft with a multitude of intense rehearsals and live dates that has brought their sound to it’s fullest. With the three-piece able to deliver their thrashing intensity to it’s fullest, the group’s debut release comes out May 4, 2016 on Revalve Records.

Being part of the more modern experience of the tropes, there’s some solid and engaging work to be had here with the band really laying it on thick in regards to the thick, violent riff-work. This one has some rather frantic and furious patterns on display throughout here, ranging from tight, ravenous mid-tempo groove riff-work to a more sprawling series of rhythms that are more a part of classic thrash/death metal groups and manages to do an incredibly fun job mixing these two styles together quite well. The violent stuttering patterns and the classic sprawling rhythms go together very well in regards to mixing it up and providing the kind of jagged thrashing framework into a cohesive whole that’s wholly enjoyable and engaging with a whole lot of explosive sections changing over from a tight chug into a more frantic, furious section loaded with blazing thrash segments, and overall that leaves this with plenty of enjoyable elements. It’s quite short and doesn’t really give itself a lot of opportunities to really let loose with it’s style as the album’s really only basing its variety on the progressively-minded rhythms and it doesn’t get much else of a chance to accomplish that with only five tracks. Though it has a lot of material to work through in that time-span, it’s just way too short and doesn’t really provide much else here with the short running time. Overall, though, it’s all this one has going against it with plenty of otherwise enjoyable elements.

Despite not really giving itself much of a chance with the shortened running order that keeps the album feeling quite short and over too quickly for it’s own good, there’s still plenty to like and enjoy about this one that it’s a solid, worthwhile inquiry for those looking for some enjoyably modern and engaging death/thrash metal without too many hang-ups about it.