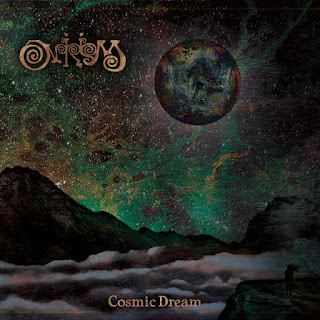 From the inception in 2014, French one-man symphonic black metal act Onirism has utilized founder Antoine Guibert’s penchant for writing about lucid dreams on epic symphonic black metal music with many atmospheres throughout the music. Now, he presents his epic full-length release independently January 2, 2016 with nearly eighty minutes of symphonic madness.

Regardless of anything else, what’s most apparent on this album is it’s epic scope and ideals here which run the gamut from extreme symphonics to their penchant for atmospheric rhythms and patterns. The symphonics come from the expected sources here with plenty of over-the-top majestic keyboards running rampant across the release not only supplying plenty of dynamic and charging tempos that are given plenty of room to incorporate the utterly blistering riff-work here raging along in perfect time here with these savage rhythms cutting along throughout the whole of the album. This is a truly fast and up-tempo effort with plenty of really impressive works here when he gets up to speed and can work his faster rhythms here to rumble alongside the keyboard works, and with the drumming blistering away with their hard-hitting patterns featuring plenty of dynamic tempo changes that are entirely possible within the epic song-structures on display. Still, even with all that fast and hard-hitting music what really undermines this one is the epic-ness and generally overlong arrangements that are oftentimes filled with excessive elements from the folk interludes to majestic sprawling sections that are just so lifeless and draining that it sometimes takes the track awhile to get back into the proper swing of things. That in itself is aided along by the fact that the album’s simply way too long, especially for a band’s debut release as the overwhelming amount of material here becomes a struggle to listen to as time goes on and really struggles with retaining its attention in the second half as the length of the material but also the girth works against it.

Though not nearly as troubled as it makes itself out to be here with it’s rather overlong presentation and just generally being way too bloated for it’s own good, there’s still more than enough at work here to make this a stylish and somewhat impressive effort that should mightily appeal to fans of all styles of symphonic black metal who can look past the flaws here.

Does it sound good? Order it from here:
http://onirismband.bandcamp.com/album/cosmic-dream
Posted by slayrrr666 at 12:05 PM