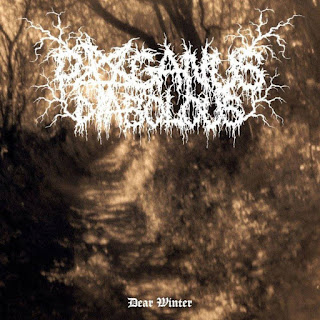 Just two short years ago, Serbian artist Mihaljo founded the black metal project Paganus Diabolous to create a powerful vision of black metal with two other artists in a power-trio with drummer David and guitarist Aaqil. When they were let go shortly after the formation it morphed into his solo project and has now finally unleashed the full-length debut digitally June 23, 2016 on Sepulchral Silence.

For the most part the bands’ attack is pretty simple and straightforward with the band utilizing raw, swirling tremolo-picked patterns to really settle on a gravelly, sluggish approach. There’s occasional bursts of speed here that let the riffing adopt more of a traditional second-wave attack, but for the most part it’s still a more sluggish nature here as it winds through the kind of sprawling, droning series of rhythms that takes on a rather relaxed tone against those few blistering outbursts. Due to the generally extended patterns featured here it’s quite easy for the group to let those varied attacks to get featured quite prominently while these fiery accents are given more of a feel towards being a variance alongside the simplistic and generally sluggish main rhythms. That in effects leads this one to feel quite slow-going and rather bland at times when it’s in these slower tempos with the album never really managing to catch fire all that well as the droning nature of the tracks just sound lifeless with the raw production job. It’s really tough with the band sounding far more lively and energetic when it does forsake these for the blasting drum-work and truly ripping tremolo riff-work so well associated with the genre’s hallmarks. As well, the fact that this one is as raw as it is really could be detrimental to the album with it a few notches above a home-recording level quality and pretty much gives the drumming the best sound quality here which is quite massive yet leaves everything else to sound so dark and low that it’s buzzing nature can be a turn-off in select conditions. Otherwise, there’s not much really wrong here.

Though there’s a few minor elements on display that do hold it back somewhat, there’s still enough to work-with here in terms of the ferocity of it’s attack and some overall fine riff-work that this one really does manage to stick out mostly for those followers of the rawest forms of black metal for the most part.

Does it sound good? Order it from here:
https://sepulchralsilencerecords.bandcamp.com/album/dear-winter
Posted by slayrrr666 at 3:30 PM