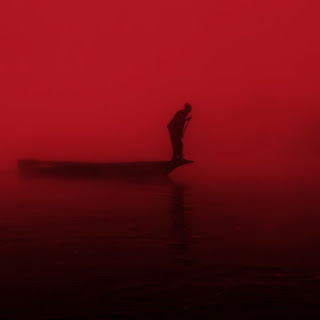 After a brief start as Vucari, Chicago atmospheric black metallers Vukari have quickly found their voice after the letter swap as they’ve since released two spectacular efforts already before this new release. Released on CD August 1, 2016 through Bindrune Records, this fantastic and immersive record should hopefully get the band onto the top of the scene with their second effort.

Frankly this here is one of the more impressive and devastating efforts in this particular style as there’s a concerted effort to keep the effort atmospheric as well as still firmly rooted in black metal. The core of utilizing the traditional black metal aesthetic here with rather fiery swirling tremolo-picked riffing and a rabid, churning series of rhythms here produce a rather vicious framework that comes complete with ferocious blasting drum-work and snarling patterns which is quite apparently influenced by the old-school system of black metal. Amongst all this savagery though is the album’s fundamental core which is the increasingly melodic and highly dynamic atmospheric sections that are often-times the main focus of the tracks, utilizing their celestial themes and extended post-metal framework to provide a rather strong melodic sensibility here when it stands out against the remaining material here where it really whips through these swirling progressive-tinged sections that sound far more atmosphere-laden. This great mix of styles and influences really makes this swing wildly from quiet, introspective moments full of those extended atmospheric sections and to tight, fiery blasts of traditional black metal in one fell swoop, a stylistic change that perhaps might not appeal to some out there looking for more traditional atmospheric black metal. Still, of more pressing concern is the album’s overlong and rather endless second-half that features a lot of extended post-metal-style sections dragging out the song-lengths when they sound more like mindless rambling than anything. Still, this isn’t that big of an issue.

Despite having one superficial and one legitimate gripe against it, this is still one of the more imminently enjoyable and impactful bands in the scene as they get far more right than they do otherwise, leaving this one highly recommended to atmospheric or post-black metal aficionados who’ll appreciate this effort the most.

Does it sound good? Order it from here:
http://vukari.bandcamp.com/
Posted by slayrrr666 at 1:08 PM